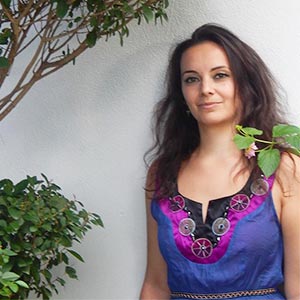 The Faces of the Great Goddess – film review

In April 2018, the latest film of the Tantra Ecstasy Film Studio, The Faces of the Great Goddess (Las Caras de la Gran Diosa) will be released in Hungarian cinemas. I am among the lucky ones who, prior to the official presentation, could see this artwork with an impressive world of symbols; so I made a brief review of the tantric message of the movie as I saw it. [...]

If I had to sum up the message of the film in one sentence, I would say "the story of the man’s sexual development".

The protagonist, Gino, faces what every man secretly fears: to cease being a man. After 10 years of hard pornography the male body gets exhausted; what he thought that is constantly produced it’s suddenly finished. To whom it has already happened that the precious body part was not willing to cooperate on a promising amorous night, knows well what it is all about.

Gino's inner crisis is also reinforced by the fact that although - initially in a macho way - he is in love with his colleague Luz (meaning "light"), he is still "blind" and unable to look into the light.

However Gino is a lucky man as he gets help from a "goddess" or a tantric guide who opens his eyes to "see." From the pathetic "star" he turns into a real man, or as the tantric tradition calls it, he becomes a "vira", a spiritual hero.

Throughout the movie, we can see a series of symbols and references that are not always easy to recognize and understand at first sight.

Gino at first sees the tantric initiatress in the form of visions, then he meets her in a parallel world. She appears and disappears but she is always veiled. There is also the visionary beggar (fools always tell the truth), the Shiva symbols, the golden pot (that has to be left on the ground), the postures of the Kama-Sutra (controlling inner forces), planting the seeds (nurturing the seeds of initiation), standing straight on the fiery horses (to control the strongest energies) and many other complex symbols that could be much talked about… but here I can only mention a few.

It is interesting, for example, Gino's vision about the tantric initiatress making love to a man that later on (from the photo album) turns out to be his own father. We understand that at a certain point he has also received the initiation in sublime love but he renounced it, returning to “get old together with his wife”.

Or I could mention the poster labeled "Androgino", which predicts the direction where the protagonist is heading to: by tantric initiation one can attain the condition that is called androgynous state when the human being awakens in itself the male and female aspects so that he can return to the initial condition as it was in Paradise. This also points out the fact that even from the greatest misery one can return to the state of the initial innocence if the necessary spiritual transformation takes place.

Getting rid of the masks and burning them, dipping into the water - as the analogy of the spiritual cleansing - are all prerequisites for initiation. The Yoga postures such as the cobra, the lotus, the vira asana (the posture of the hero), and the breathing techniques purify the chakras so that Gino can be prepared for the tantric initiation, to be able “to ride the five horses", to master his own instinctive powers and, during the sacred lovemaking, to deserve to see the face of the Great Goddess.[...]

The film is full of beautiful, poetically formulated teachings (I would not be surprised if they started to circulate as photo posts on facebook). Painting-like images, actors with interesting character traits and deep meanings make the movie magical. This is a movie that should be watched by everyone who longs for a pure, uplifting love.

If you liked this review, do not miss the movie presentation. 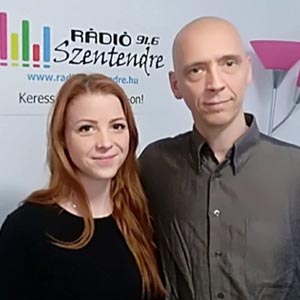